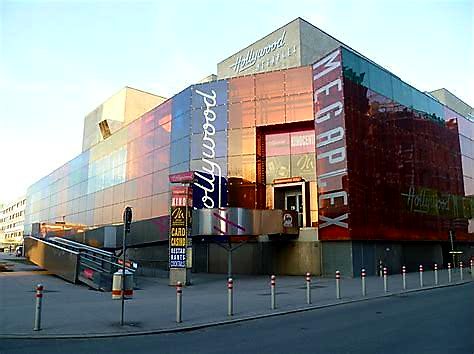 Hollywood Megaplex Kinos of Austria, founded in 1995 by Mag. Heinz and Ingrid Hueber and now directed by CEO Mario Hueber, have five locations in Innsbruck, Pasching, Pölten, and Vienna.

The first 4DX screen in Austria, seating 144, opened at the Gasometer on August 2, 2017, featuring “War for the Planet of the Apes".