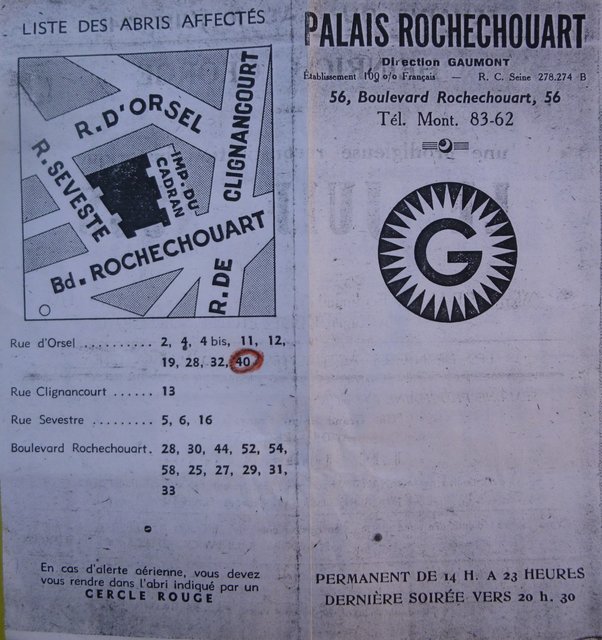 Located in the north of the city centre. The Palais Rochechouart was opened on 11th May, 1912 with 1,660-seats. It was designed in an Art Nouveau style by architect Auguste Stintzy. It was operated by the Aubert chain. It was reconstructed in 1930 in an Art Deco style to the plans of architect Henri Belloc. It was closed in 1969 and went over to retail use selling Caribbean products before becoming a household appliance store.

It has since been demolished and a building containing retail and apartments has been built on the site.