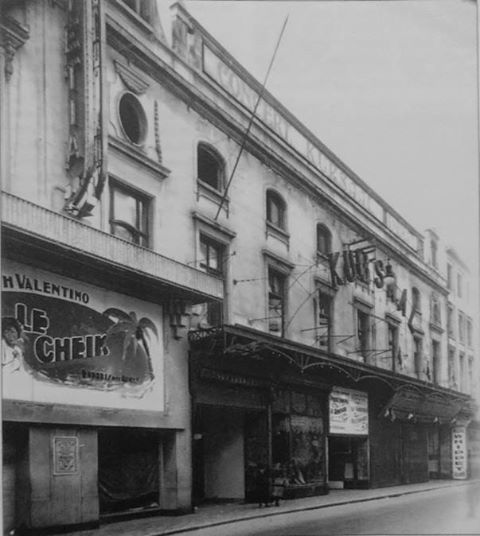 Opened in 1910 or earlier this so called brasserie cinema was a pub, with cinematogaphic projections every hour or half an hour, under the direction of International Cinema who had an office in the beginning of the street.

it closed around 1928, due to the opening of the nearby Lutetia Cinema (later Victory Cinema). Demolished, it became for a long time a low cost department store called Sarma, later Sarma Lux. It is now occupied by clothes stores.