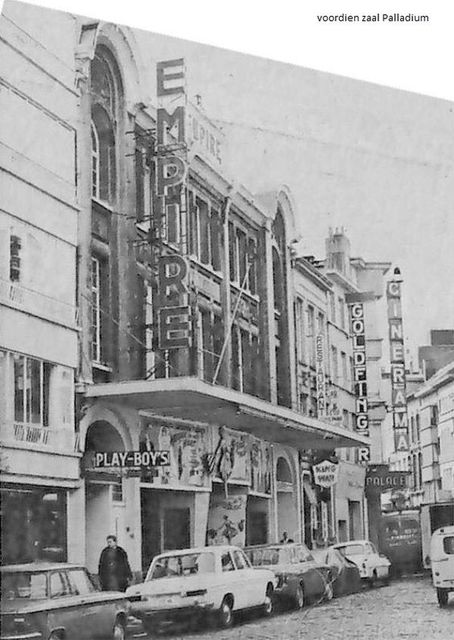 The Empire Cinema opened in 1924 and was designed by an architect named Hamaide. Seating was provided for 988 in the orchestra level, 342 in the first balcony and 234 in the 2nd balcony. It was the neighbour of the Anvers Palace located at number 31, in the same direction as the Roxy Cinema in the Meir at number 68. The Empire Cinema was closed in 1968. The last film showing was “The Sound of Music”.