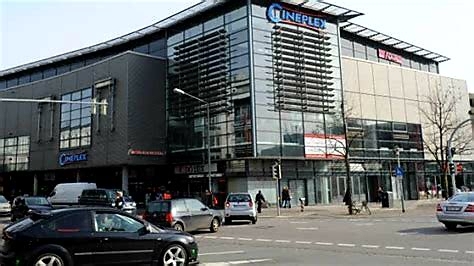 Neumuenster’s only movie theatre and one of the largest multiplexes in North Germany outside of large cities such as Kiel and Hamburg.

Auditorium 3 and 4 are the largest.

First digital 2D movies here were in 2012, “The Dark Knight Rises” was shown both in 35mm and in digital.

With the Cinestar takeover, the theater was renovated.