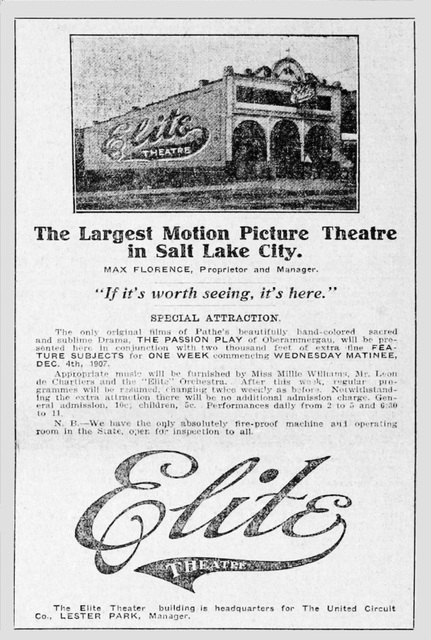 Opened in 1907, the Elite Theatre was one of the first movie theatres in downtown Salt Lake City. It was the second theatre opened by Max Florence after he opened the Red Theatorium on Main Street and Third Street in 1906. The first Salt Lake City movie theatre was the competing house by Trent & Wilson, the Electric Theatre in the Brooks Arcade, which was also on State Street and opened in 1906.

Florence hired Louis Marcus as its operator early in its existence. Marcus would later become the first Jewish mayor of Salt Lake City in office from 1931 to 1936 and he was also an operator of many Idaho and Utah theatres. The Elite Theatre appears to have closed as a silent theatre in January of 1931.