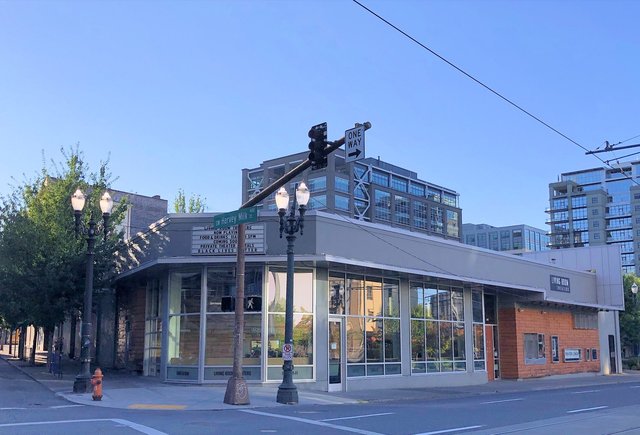 American first runs, independent, foreign, Royal Shakespeare Company, and retro films will be found sooner or later at the Living Room Theaters. Are you an independent filmmaker? Then you can submit your film for consideration.

A full menu and beverages are available in their cafe and bar but after 7pm you have to be 21 and older. Live music is performed in the lounge on Friday and Saturday evenings and they welcome business meetings and private events.

Art House Convergence notes Steve Herring has been with Living Room Theaters since 2006 and CEO since 2013 and helped open the Boca Raton location.

Without going into detail, in February 2018 Living Room Theaters sued Regal Entertainment Group over a film that Sony withdrew from Living Room’s lineup. The full story is available in the Portland Oregonian.

Indiana Business in January 2019 reported the next home for Living Room Theaters is the Bottleworks District in Indianapolis.