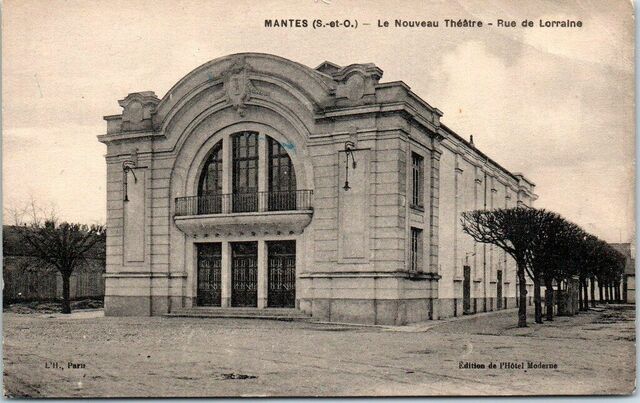 Located in Mantes-la-Jolie, 48km to the northwest of Paris. Built on the site of a previous theatre which had been destroyed by fire. The Cinema-Theatre was opened on 4th November 1921 with “les Tois Mousquetaires” (The Three Musketeers").

It was closed on 2nd February 1934 and a new Cinema-Theatre was built on the site, opening on 22nd August 1934. This too has been demolished and in recent years a new 9-screen CGR multiplex has been built on the site.