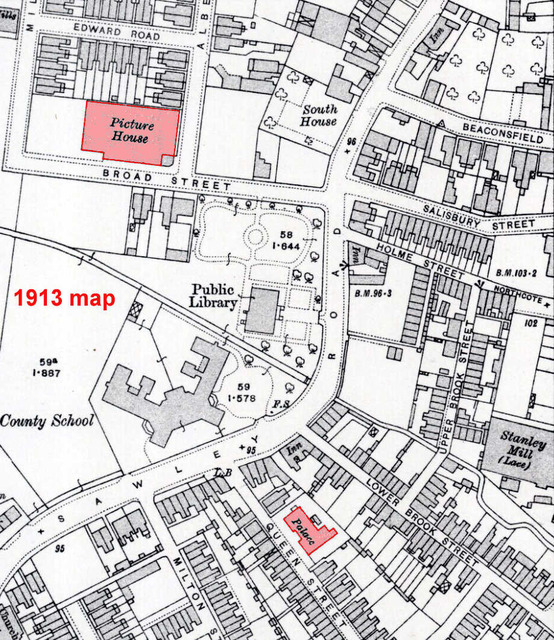 Located in Long Eaton, Derbyshire. In the early-1900’s, there was a great interest in roller-skating. The Alexandra Rink on the corner of Broad Street and Albert Road, opened on Saturday April 3rd 1910. For around 18 months it was a successful venture, but the number of skaters declined and gradually the rink was used for other purposes.

By November 1912, the building was undergoing alterations and opened as the Picture House on Saturday December 14th. 1916 saw a change of ownership and a change of name to the Cinema. It was well established by October 1917, but in November it was announced the Cinema had been taken over by an engineering firm, due to the war. The building was eventually acquired by Wade Springs and Upholstery Company in 1951, and remained so until it was destroyed by fire in 1971. (Long Eaton & Sawley Archive)