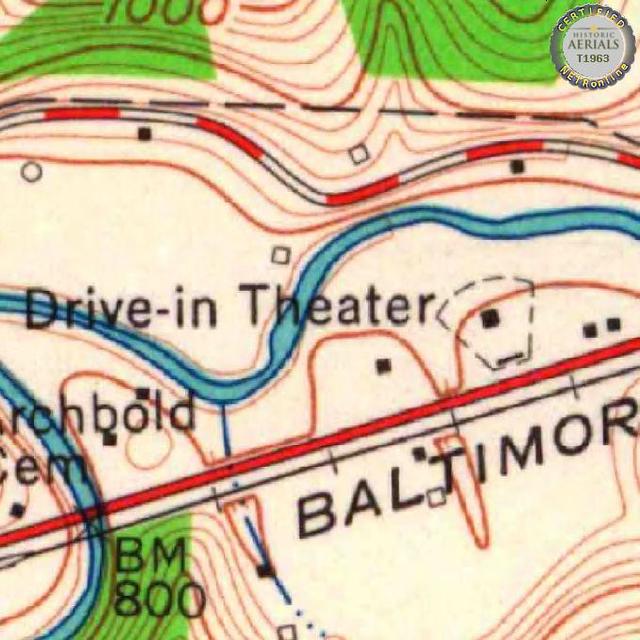 “The Stardust Drive-In was opened August 5, (1949) on Route 50 between Salem and West Union”, according to a brief note in BoxOffice two weeks later. It was about a mile east of Smithburg, an unincorporated area, on the north side of old US 50, now Smithton Road.

The 1952 Theatre Catalog listed the Stardust Drive-In under Smithburg with a capacity of 110, owner E. C. Wilson. That persisted through the 1955-56 Catalog.

Nothing remains of the drive-in and storage units occupy the site.