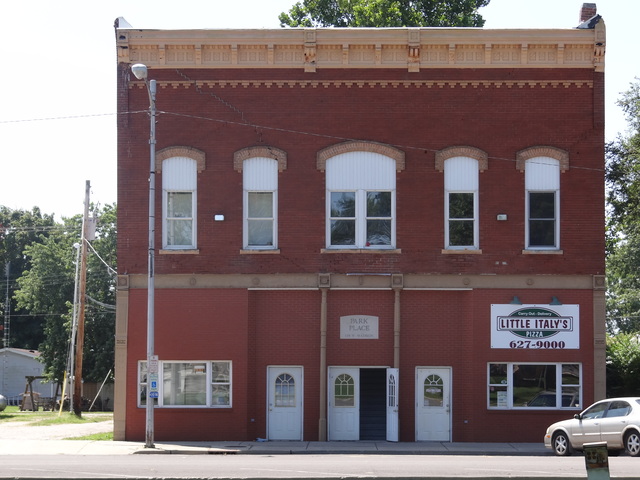 Dodson’s Opera House was built by T.C. Dodson at a cost of $15,000. Several sources give the construction date as 1893, but the March 1894 Sanborn map shows the lot empty. On later maps, the opera hall occupies the second floor, with two storefronts on the first.

While the 1914 map does not note movies as being offered the 1914-1915 edition of American Motion Picture Directory lists the Opera House as a movie theatre. A 1955 history claims it showed the first movies in town. If this is true, then it must have begun showing movies sometime before the theatre shown on the 1914 map opened. The same history says that live theatre ended around 1918, and the building was now an apartment.

Current usage is much the same, with the ground floor having space for at least one business.