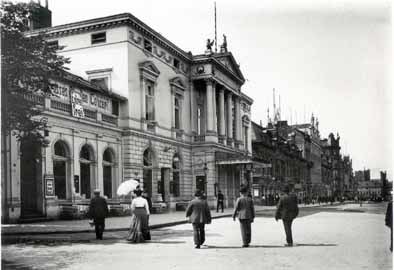 A new 1,500-seat theatre was built on the site in 1952 and opened as the Cinema Opperettenhaus, operated by Robert Bartholomay. It was equipped with Bauer B12 projectors and had a Klangfilm/Eurodyn sound system. In 1963 the World Premier of the German musical film “Heimweh nach St. Pauli” (Homesick for St. Pauli) was screened here.