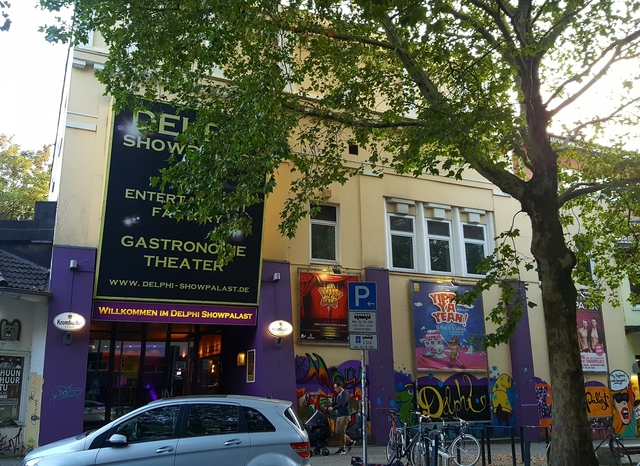 Located in the Eimsbuttel district to the northwest of the city. The Kursaal Lichtspieltheater was built in 1925 and opened in 1927 with 1,200-seats in orchestra and balcony levels. Later the number of seats were reduced to 1,000. The Kursaal Lichtspieltheater contained a stage. It was operated by Lichtspiel Theater GmbH im Emelka Konzern and from 1949 by Kursall Filmtheater GmbH Holzapfel.

In 1956 it was equipped with CinemaScope and Superscope and a 4-channel stereophonic sound system by Perspecta & Klangfilm was installed. In the same year the projectors were replaced by Bauer B8 B projectors. The cinema was closed in 1961.

It re-opened as the Delphi Showpalast, a live theatre presenting musicals.