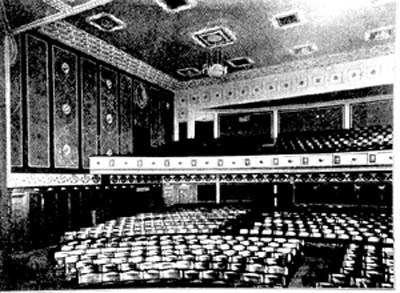 Located in the St. Pauli district of the city centre, in front of the famed Reeperbahn. The Lichtspielhaus Millerntor was built in 1911 to the plans of architects Franz Jacobsen & Georg Radel. It was opened in 1912 and operated by Freiedrich Paul Stolze of Millerntor Theater GmbH/Ufa Konzern. In 1929 a Klangfilm sound system was installed. The cinema was modernized in 1932.

In 1940 the Millernor Lichtspielhaus was re-named Ufa Millerntor Theater. In 1943 it was heavily damaged by Allied bombs during World War II and was closed.

In 1950 following a restoration it was reopened with a reduced number of seats. CinemaScope and stereophonic sound were added in 1956 and the projectors were replace by Phillips FP5.

The cinema was closed in 1963 and was demolished.