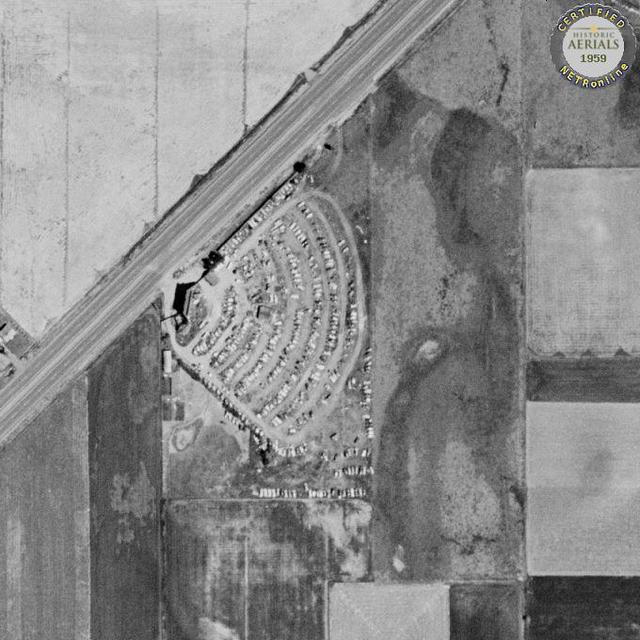 the ramps and screen still stand

Thanks for adding the drive-in, DDiT. In the 1959 aerial, it sure looks like a auto parts lot. In 1966, it looked like an auto parts lot with even more wrecked cars. The 1974 aerial is really odd – only about two dozen cars linger, there are trees growing among the ramps, but the screen is still up.

If if closed early, the Logan also opened early. Its first appearance in the Film Daily Year Book was the 1948 edition. The Logan (capacity 300, owner Elmer Brown) was also in the first Theatre Catalog list in the 1948-49 edition.

The Logan was in the first Motion Picture Almanac drive-in list (1950-51 edition) with a capacity of 300, owner “Logan Drive-In Theatre; Elmer H. Brown”. It stayed that way through the 1966 edition, proving once again that the MPA was slow to notice change, and the Logan kept its listing until somebody rebooted the MPA list in 1977.