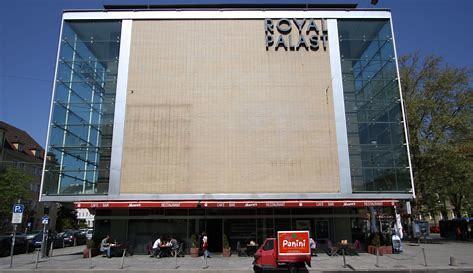 Located in the Ludwigvorstadt-Isarvorstadt district in the city centre. The 5-screens of the old Royal Palast were demolished in 1992. It had opened as a twin in 1957 and has its own page on Cinema Treasures.

The new 5-screen Royal Filmpalast was opened on the site in 1992 and was designed by architects Kinoplanung Anne Batisweiler. Screen A has 432-seats, Screen B has 210-seats, Screen C has 220-seats, Screen D has 110-seats and Screen E has 202-seats.