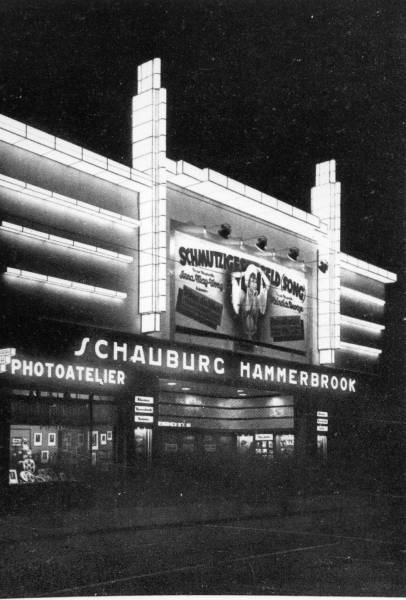 Located in the centre district of Hammerbrook in the west of the city. The Schauburg Lichtspiele Theater was opened in 1930. It was designed by architect Georg Koyen and the cinema was operated by cinema pioneer James Henschel. In 1931 it was equipped for sound films. In 1934 the Schauburg Lichtspiele GmbH Romahn & Schuemann took over. In 1937 Lilly Kruse/Schmidt & Kurt Busching took over and the cinema was re-named Titania Palast. In 1943 the Titania Palast was destroyed by Allied bombs during World War II.