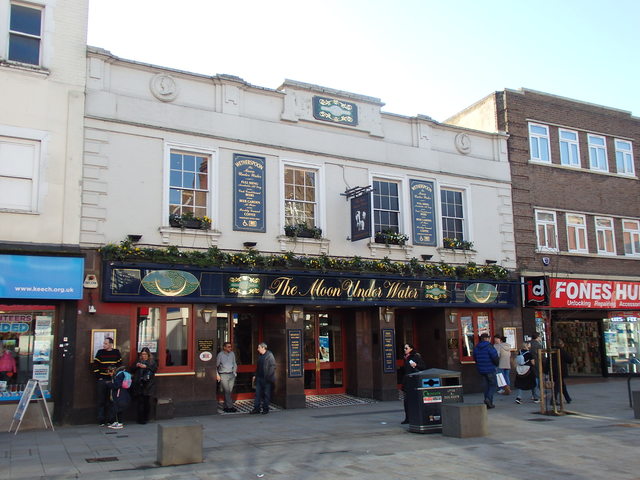 Located in Watford, Hertfordshire, just to the north of what is now Greater London. Built as a Sedgwick’s lawyers offices in Victorian times, in 1917 it was converted into the Empress Winter Gardens Ballroom. It was converted into the Bohemian Cinema which opened on 12th February 1921. It was a short-lived venture as it only operated for one month.

By early-1927 the building was vacant and plans were proposed to build a terminus for the Metropolitan Railway at this site, but these plans were abandoned in 1928. It went over to use as a furniture store for many years. In 1995 it was opened by the J.D. Wetherspoon chain as “The Moon Under Water” pub.