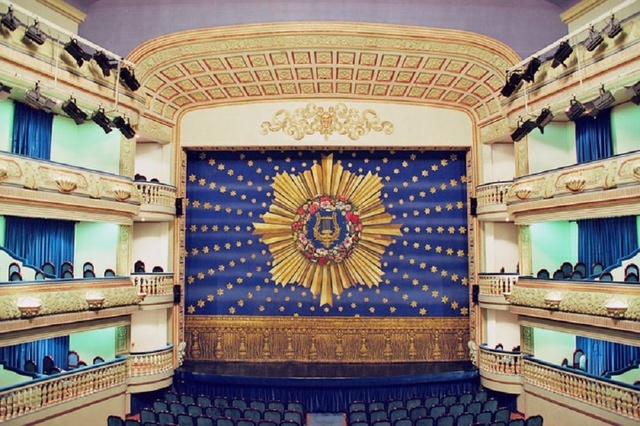 The Teatro Principal was opened on 25th September 1847 with the opera “Guzman el Bueno”. It was designed by architect Emilio Jover Perron and seating is provided in orchestra and three balcony levels which extend in slips toward the proscenium. Films were screened from 1907. It was damaged by bombing during the Spanish Civil War in 1939. Repairs were carried out to the plans of architect Juan Vidal Ramos.

It remained a full time cinema into the 1970’s. It now operates as a live theatre, but was used for the 15th Annual Festival de Cine de Alicante in 2018.