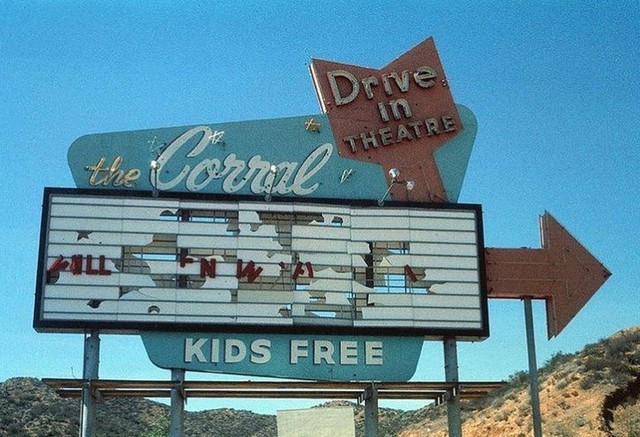 The Corral Drive-In opened on April 16, 1957, built and owned by Henry L. “Hank” Ostrom, wife Margaret “Peggy” H. Long Ostrom, and Louis Wutke, in what was then Saugus. In 1966, the Ostroms sold it to Leon and Avis M. McGarrah, who ran it one last season as the Valencia Drive-In.

That’s a brief summary of the extensive history provided at SCVHistory.com. The Corral Drive-In was also included in the Film Daily Year Book’s drive-in lists.

Aerial photos showed a narrow viewing field tucked into the hills. The site is now a Grace Baptist Church.