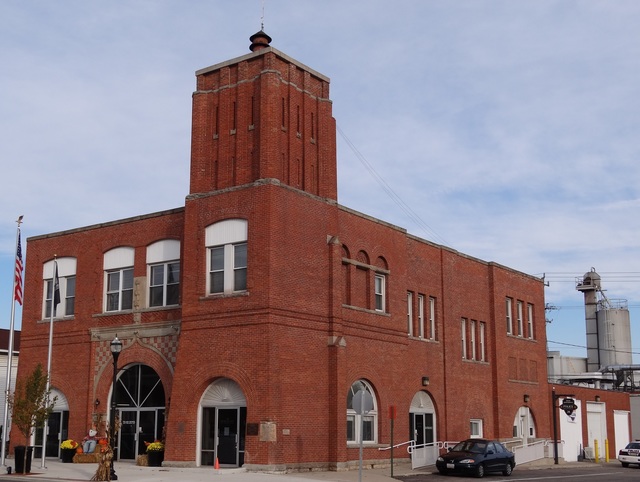 West Jefferson’s city hall was constructed in 1893. Typical for a structure of this era in a town of its size, it contained the fire station, city offices, etc. Oddly, it also contained some small commercial spaces.

The second floor was a hall, used as an opera house and it is listed in the 1914-1915 edition of American Motion Picture Directory as the Opera House, screening movies. The 1926 map shows the theater using the second floor, as well as the central entry on the front of the building.

By 1942, movies were no longer shown. The city hall continues in use today as city offices and the police station.