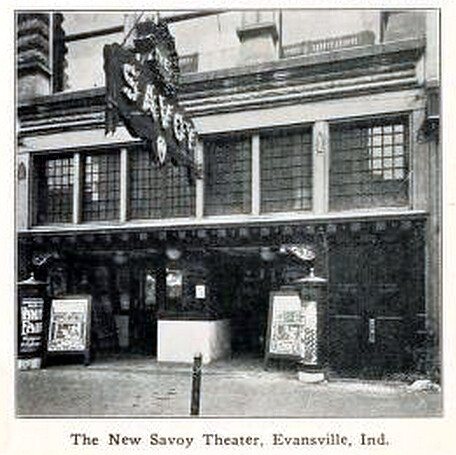 A small downtown theatre at 509 Main Street, Evansville, Indiana, which opened in 1912 but only lasted a few years - according to its newspaper advertising. Then the space was in retail use until a bank building was built there in the latter-1960’s, and the Savoy building was demolished.