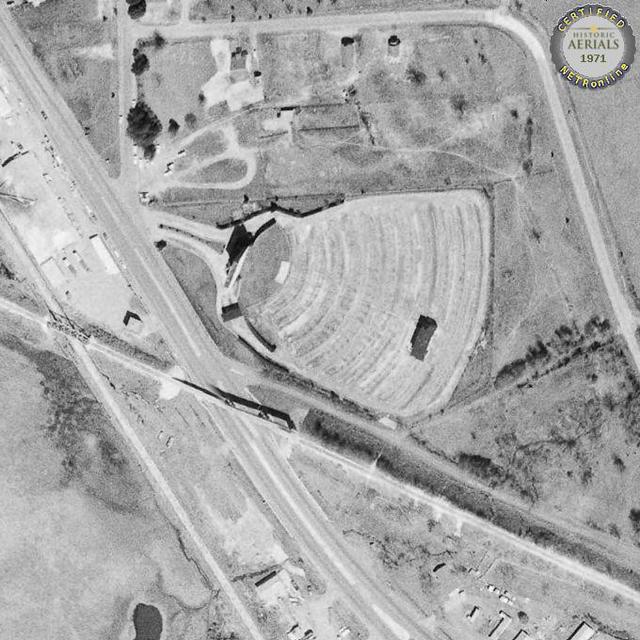 In its July 26, 1952 issue, Billboard wrote, “Robert Lugenbuhl, city manager at Jacksonville, Tex., for the East Texas Theaters, Inc., announce that work has been started there on a new 500-car capacity drive-in which will be known as the Chief Drive-In”.

A 1971 aerial photo showed an intact drive-in on the south side of town, then just north of train tracks where they intersected US 69. By 1982, the screen was gone. Apex Cinema Jacksonville is on the site today.