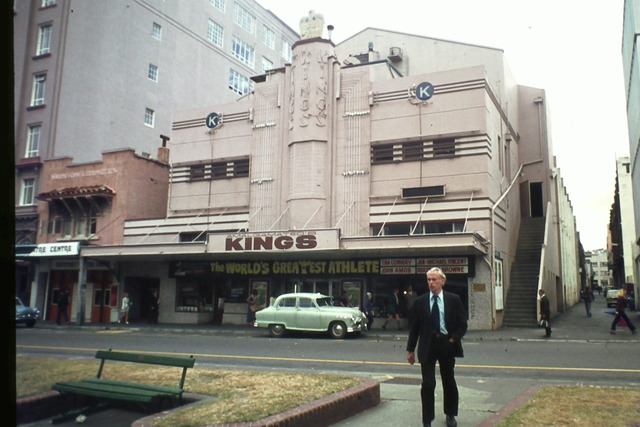 Located in the Te Aro district of the city centre. The King’s Theatre was opened in 1910 and was the country’s first purpose-built cinema. It opened with 1,900-seats. It was operated by T.J. West and was later operated by Fuller-Hayward. In 1919 it was taken over by William Kemble. In 1930 it was equipped for ‘talkies’. In 1937 it was taken over by the Amalgamated Theatres chain and they modernised the cinema.

In later years it was equipped to screen 70mm films and the seating capacity was reduced to 1,117. In 1981 it was twinned, one of the first cinemas in New Zealand to have this treatment. It was closed in 1987 and has since been demolished.