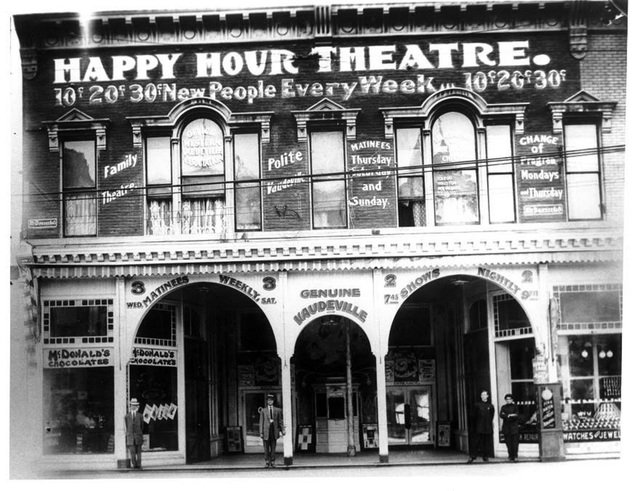 Howard Fogg’s Happy Hour Theatre was a family vaudeville house that showed motion pictures including Laemmele films on its opening night on March 7, 1910. The theatre was converted from a retailer who had moved to a new building. Probably the most notable performer was Roscoe ‘Fatty’ Arbuckle who was a regular comic performer on the Happy Hour Theatre’s stage. The Happy Hour Theatre’s final night was April 9, 1911 and was soon replaced with the Hotel Paso del Norte - a mainstay of downtown El Paso for more than 100 years.