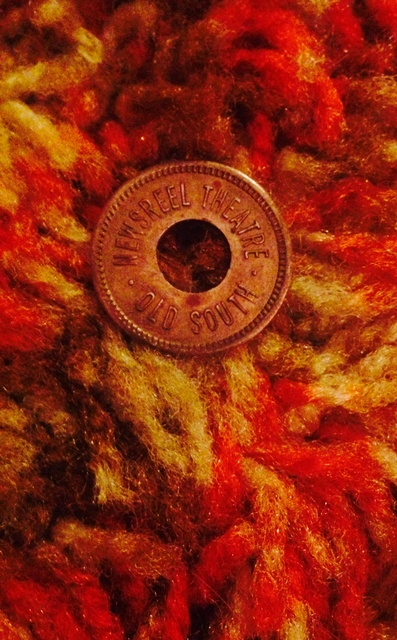 All the old city directories listed this theatre at 299 Washington Street. This address works out to the corner of School Street where a Borders book store was later located. The site now houses a Walgreens. The Old South Theatre was opened by 1914 when it was screening movies on its screen and vaudeville was presented on its stage. It was listed with 800 seats in 1950.

He began performing, as a comedy juggler, “The World’s Worst Juggler”, at Amateur Nights when he was in his late-teens. This was in 1912-1914. He played the Superb/Plaza in Roxbury, the Roxbury Theatre, the National, the Scenic Temple in East Boston and the one in the South End; The Dreamland/Cobb; the Dreamland in Beverly, the Princess in Wakefield; Hamilton Hall and Winthrop Hall in Dorchester, Imperial in South Boston; Dream theaters in Winthrop and in Revere; the Star/Rialto in Scollay Sq.; the Hub Theatre. Very late in 1914/early 1915 he played the St. James/Uptown, and the Loew’s Orpheum by which time he was an established performer. I should point out that when he played the Old South, it was the first Old South, not the second one.

We talked about the Hub Theatre a couple years ago on the Wang Theatre’s page. It was located on Washington Street at Dover Street just north of the Grand Opera House in the South End.

I know my message is coming some years after the last posted, but is that a garment button in the photo?

The other picture in the photo section shows the flip side, which reads “GOOD FOR ONE ADMISSION.” So it’s a token—maybe a freebie, maybe something you had to drop into a turnstile for entrance.

I suspect that since the second Old South Theatre was a newsreel theater with news, short subjects, ‘toons, etc. that it had a frequent turnover of audiences, and thus probably used tokens/ turnstiles. I remember the exterior of it circa-1949/50, but I foolishly never went into it, otherwise I would know what that token was for!

In the immediate post-WWII decade the Old South programmed a good number of foreign films, including the Boston premiere of “Open City.” Many films of a musical character seem to have been a specialty, both current ones and revivals. In the photos section I have posted numerous ads from the Boston Globe of those years to illustrate this.

There is currently a Walgreen’s store at that spot across from the Old South Church.

Thinking about our parallels with the pandemic of 1918 (and reading Fred Allen’s book) has got me fascinated with the vaudeville theaters. Any books, websites, resources or maps of that era?

RickJenkins - just Google “Vaudeville” or “Vaudeville theatres” and you will get many responses.