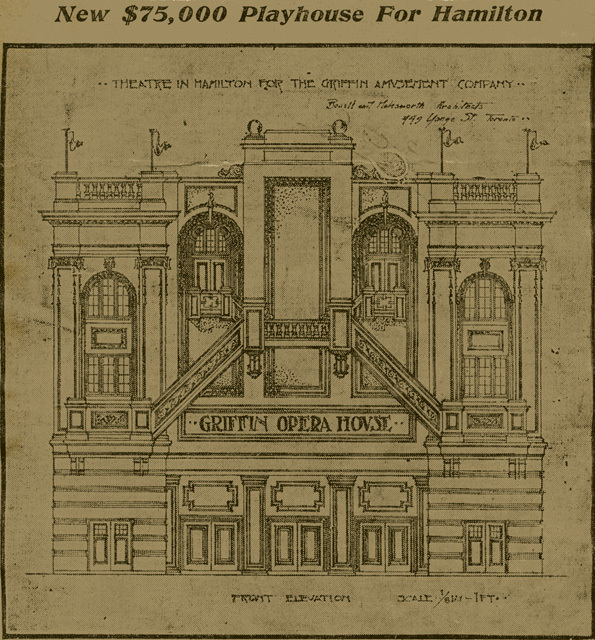 In 1912, John Griffin announced he would be building a theatre on the site of the Cecil Hotel building. The theatre opened in September of 1913 and had cost $125,000. It would hold 1,700. It was 66 feet wide and 140 feet deep, and had a state of the art movie projection and screen unique to Hamilton. It showed high class movies as well as live performances, and it featured an amateur night. However, by June of 1915, the “Hamilton Spectator” was reporting the theatre was about to be taken over by other interests. Although they stated they would continue it as a theatre, that didn’t happen, since the Alexandra Arcade took over the space.