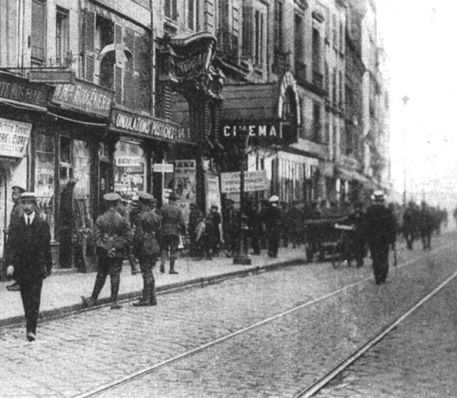 The Kursaal-Cinema was opened by Gaumont France in 1912. Seating was provided for 1,000 in orchestra and balcony levels, with the balcony extending in slips toward the proscenium. The Kursaal Cinema was closed during World War II (together with all other cinemas) from 21st May 1940. It never reopened and was badly damaged by bombs on the night of 5-6th September 1944.

A new Kursaal Cinema was built and opened on the same site on 12th October 1960. All seats were on a single floor. It was still open in 1979, but has since closed and has been demolished.