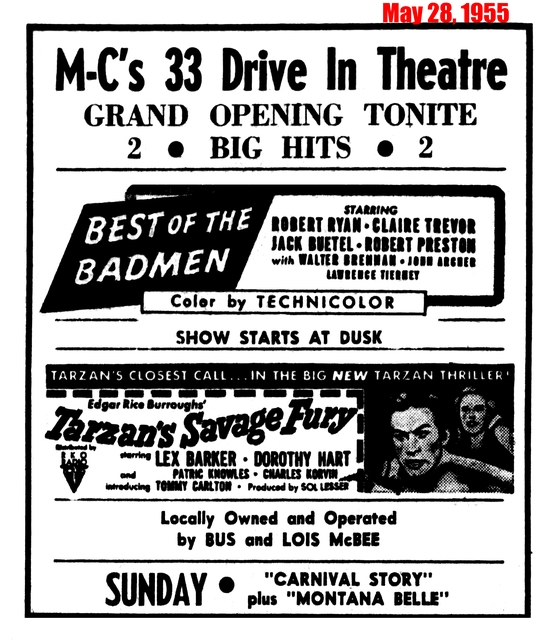 One of Ohio’s short lived airers was the MC 33 Drive-In which opened on May 28, 1955. The drive-in screened the 1951 Western “Best of the Badmen” featuring Robert Ryan, Claire Trevor, Jack Buetel and Robert Preston. The second feature was the 1952 Adventure “Tarzan’s Savage Fury” featuring Lex Barker and Dorothy Hart. Homer “Bus” McBee and Lois Mc Bee were the owners and operators. They were noted restaurant owners in the city of Lancaster for 45 years. Frank Yassenoff from Columbus, Ohio, might have been partners in the drive-in with the Mc Bee’s. Frank built and owned many theatres in the Columbus area. The MC 33 Drive-In closed for the season and for good on September 3, 1958. Eventually the drive-in was demolished and it is now the Fairfield Industries parking lot.