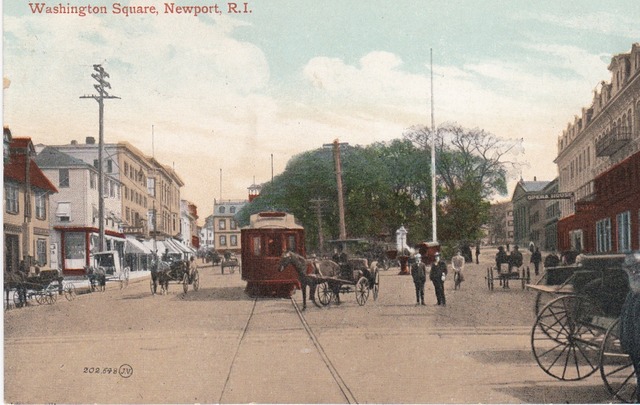 In addition to the Opera House, we can see further beyond, the columns of the building that would become the Strand Theatre and later the Jane Pickens. It started out as Zion Congregational Church and would also be for a time St. Joseph’s Roman Catholic Church. This is around 1910.