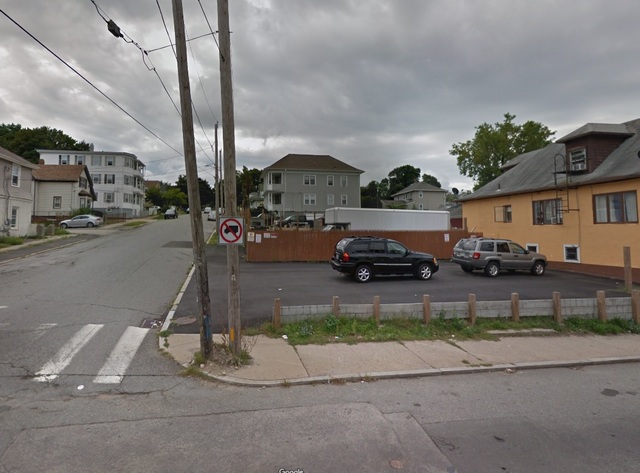 This theatre was a wooden structure that closed in the 1920’s, reputedly after a fire. It remained as a green-painted structure, used as a storage facility for many decades until it was demolished not long after the new millenium arrived.

An article in the Providence Journal in November of 1905 refers to a Mr. Charles Allen who was planning a new theatre on Mathewson Street. He was said to be the proprietor of the “burned Star Theatre.” Could it have been this place? I thought it came later. Had it been used for local neighborhood theatrical productions as well as newly emerging moving pictures? I had always heard it burned after a film caught fire. Was there another Star Theatre in Providence? I wish I had taken pictures of the exterior of this barn-like structure with the flag-banner-like motif carved at the top of the front entrance reached by several cement steps. I used to drive by it often on the way to Twin Oaks Restaurant. Alas.

No, the Star under Mr. Allen’s tutelage was a place in Hoyle Square, Providence, at Westminster and Dean Streets. It had a fire in 1899, and had nothing to do with movies, not yet arrived. Besides the Star in Cranston and the one in Providence, there were theatres of that name in Natick and Pascoag and Pawtucket.

In a March 27, 1986 piece in the R.I. Italo-American weekly The Echo, writer Joe Fuoco reports a conversation with Elmo Vendettuoli.

EV: “My father and mother started the movie business in the family. They operated a theatre still standing as an empty building* in Silver Lake. It was called the Star Theatre and it ran silent movies. My sister Mary ran the three turntables and I was the projectionist at the age of 13. I had to stand on a can to operate the machine.”

JF: “What are you talking about when you say three turntables?”

EV: “Phonograph recordings that my sister would play according to what was going on in the picture. If it was a horse scene, she’d play the horse music; if it was a love scene, she’d turn on the sweet old-fashioned love music. Each 78 rpm had its own music and you had to know which one to play. These were days following the end of piano accompaniment and long before the days of sound.”

*The Star has since been demolished. This neighborhood of Cranston and just-over-the-line Providence is known as Silver Lake. The Vendettuolis later operated the Rainbo, further down Dyer Avenue. (My note)

The Star, at 360 Dyer Avenue, was listed in Cranston city directories I found for the years beginning 1916 and ending in 1930. A good guess would be that it was open from around 1915 to 1929 and possibly did not equip for sound. Later editions of the directory list that address as being “Star Hall,” so it possibly became just a social club of some kind at that point.

The Star was at the corner of Dyer Avenue and Farmington Avenue. My dad grew up on Farmington Avenue just a few houses up from the Star. He was born in 1913 and remembered going to movies there. We always drove past it on the way to my grandfather’s house and I always wanted to see what it looked like inside. It was also a hall you could rent out for weddings, etc., according to my godmother, who moved into the neighborhood in 1929.

Thanks for that info, Linda. I regret never having photographed it. With some effort I could have gotten permission to see what it looked like inside, though I’m sure it was plain, but it might have had some sort of stage and a remaining projection booth. Who knows?

Item from The Evening News, Providence, May 23, 1914, on the opening of the new Star Theatre:

Ex-Mayor Edward M. Sullivan will be the speaker Monday evening at the new motion picture theatre, located at the corner of Farmington and Dyer avenues. The theatre will be known as the Star Theatre. The manager has invited all the city officials to be present at the opening night.

If anyone living in this neighborhood or anywhere else has a photo of this building, I would appreciate hearing about it.