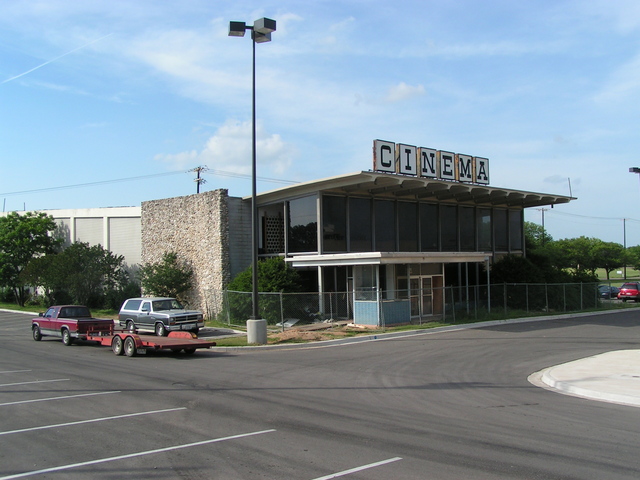 Another piece of Waco cinematic history fell victim to cracker-box megaplexes. when the Lake Air was demolished in 2004.

The Hollywood Video is on the opposite end of the block that the theatre was located….. the theatre was located behind what is now Dunlaps (formerly Goldstein-Migel). Sadly this theatre was demolished in summer 2004. The 700 or so red and white theatre seats were salvaged as well as the 2 projectors, and are intended to be reused in another historic Waco Theatre soon facing renovation.

This was opened by General Cinemas

The Lake Air Mall opened theatre-less on March 16, 1961. But three years later, the mall would rectify that was General Cinema leased what would become an outparcel building behind the mall for a single screen theater. The Cinema at Lake Air Center missed its May 30, 1965 opening by five months but finally made it November 9, 1965 opening with “The Cincinnati Kid.” The theater had 822 with a 50x22 screen.