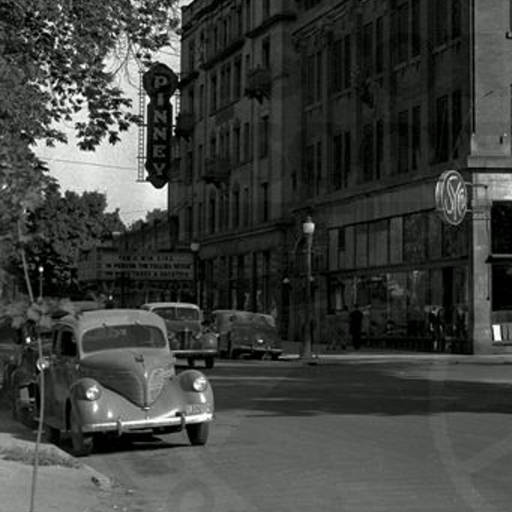 James Pinney, a former Boise mayor, opened the Pinney Theatre in September 1908 on the site of his old Columbia Theatre, built in 1892. The Idaho State Historical Society says that Tourtellotte and Hummel, later the architects of the Egyptian (Ada) Theatre, designed it as an ornate theatre for live stage productions, but by the 1920’s it was primarily showing movies.

For many years the Pinney Theatre, along with the Ada Theatre, was the premiere movie house in Boise, sharing the top first-run movies. The other theatres in town during cinema’s golden age were the Boise Theatre, Granada Theatre, Rialto Theatre, Rio Theatre. The Vista Theatre, the first to be built away from the downtown area, opened in 1946. Later the Boise Drive-In and Broadway Drive-In followed.

However, It wasn’t all movies at the 1,000-seat Pinney Theatre. The Boise Philharmonic says that on February 6, 1940 composer-pianist Sergei Rachmaninoff performed at the Pinney Theatre, bringing his own piano from Russia.

February 1940 turned out to be a busy month at the Pinney Theatre as on the 20th they held the world premiere of MGM’s “Northwest Passage”, which was filmed at McCall, Idaho. The Idaho Statesman archives say that “Northwest Passage Days” was declared in Boise, with banners appearing around the town. MGM sent in by truck $30,000 of studio equipment, klieg lights and a technical crew to support the festivities which included a parade and the closing of the street in front of the theatre.

Some of MGM’s supporting stars arriving by train with publicity agents included Ilona Massey, Virginia Grey, Alan Curtis, Isabel Jewell and Nat Pendelton. The governor, mayor and other state officials joined in the festivities and a telegram from Spencer Tracy was read but some people expressed regret that Tracy and the other stars, Robert Young and Walter Brennan would not be there.

The Pinney Theatre always remained an independent operation and was closed on July 3, 1968 with Walter Brennan in “The One and Only Genuine, Original, Family Band” & Elvis Presley in “Double Trouble”. It was demolished in 1969 and replaced by parking.