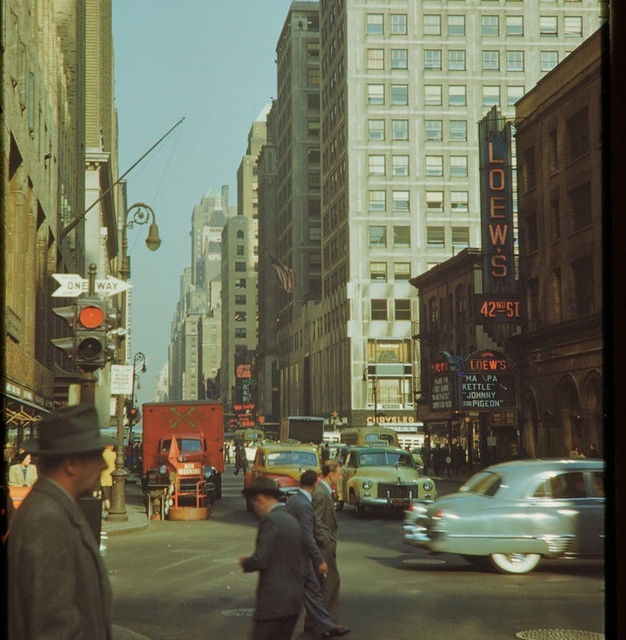 The theatre first opened in 1896 as the Murray Hill Theatre, presenting plays and musical concerts. Several years later, it was taken over by William Morris and converted to vaudeville. In 1909, Morris decided to give up his theatre holdings to concentrate on being a talent agent and booker, and sold the Murray Hill Theatre to Marcus Loew for his burgeoning circuit.

During the Depression, programs changed daily, with an admission price of 5 cents during the day and 10 cents at night. The opening nearby of two newsreel theatres, one in Grand Central and the other in the Airlines Terminal opposite the station, hurt attendance at the 42nd Street Theatre, but not enough for Loew’s to close it down.

That finally happened in 1950, when the theatre was sold and demolished to make way for the construction of an office building.

The old Murray Hill Theatre is listed in the 1897-98 edition of the Julius Cahn Official Theatrical Guide. The manager was Frank Murtha, and ticket prices ranged from 25 cents to $1. It had 1,319 seats. The proscenium opening was 32 feet wide x 32 feet high, and the stage was 40 feet deep. The theatre auditorium was on the first floor. There is a note that the theatre is new and presents “combination shows at popular prices.”