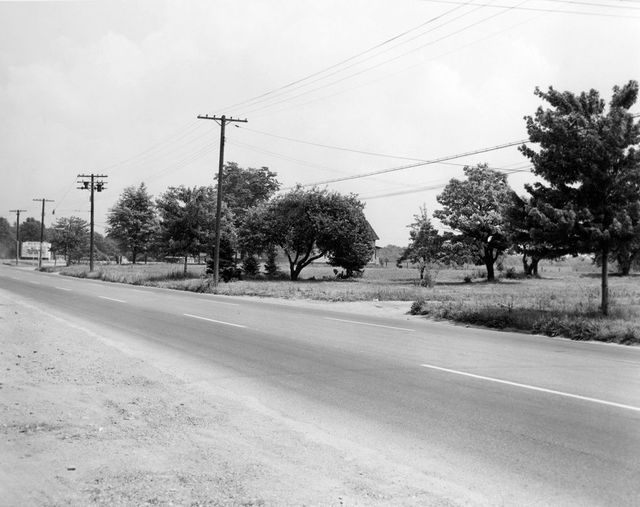 The Mentor Drive-In opened on June 11, 1949, featuring “Blondie Knows Best” with Penny Singleton, Arthur Lake, Larry Simms and Daisy. The theatre opening was a huge success with approximately 2,000 people in attendance with many cars being tuned away. The ten parking ramps had a capacity for 500 cars, which quickly filled up. The drive-in was screening movies seven nights a week. They took extra consideration for their customers with young children and provided a free bottle warming and diaper service. The Mentor Drive-In was owned by Mentor Amusement Company (Shulman and Schwartz) who also owned the Lake Theatre and Park Theatre in Painesville and the Lyric Theatre in Fairport, OH.

Harold Kay was the general manager of the theatre and Berlo Vending Co. were contracted to operate the concession stand. Construction of the drive-in was to begin right after the end of World War II, but was held off for three years. The reason it was held off, building materials were needed for construction of new homes for the returning World War II veterans. Architect George A. Ebeling, who designed the Lake Theatre, as well as other drive-ins located in Michigan, Kentucky and Ohio, was the architect of the Mento Drive-In.

The Mentor Drive-In was one of the first screen towers in Ohio to be constructed of steel and concrete rather than wood, a material which most 1940’s screen towers were constructed. It was designed in the shape of a triangle with the ‘point’ facing Mentor Avenue. It allowed extra room for offices, dressing and storage rooms in the base of the screen tower. The flat screen size was 52 ft x 42 ft. Eventually a wider curved CinemaScope screen was installed in front of the flat screen for screening ‘scope pictures. The sound system was provided by 250 watt amplifiers made by Altec Lansing, powering RCA in-a-car speakers.

Last year or so they would show x rated movies. Neighbors complained becaause people would come during the day and hide coolers and chairs in the woods outside the fence and return at night. Management counter this by having secruity patrol the fence and charge anyone admisson who was caught doing this.

Here is a May 1963 ad from the Willoughby News-Herald:
http://tinyurl.com/qv2gyh

The K-Mart opened in the 70s, before the drive-in closed.

K-Mart was open near by before the Drive in closed that is correct. The super K-Mart was built on the drive in’s property. I have still film photographs and 16mm movies of the drive in.

In 1956 the one screen Mentor Drive-in held 425 cars and was owned then by Shulman Schwartz.

There are two pictures related to the Mentor Drive=in on its gallery page at CinemaTour; (there is a third picture, but it is of the wrong drive-in).

The Madison DI was close by. Will be uploading a updated overview and a few new pictures and ads shortly.

Uploaded new ads and picture of the screen tower.