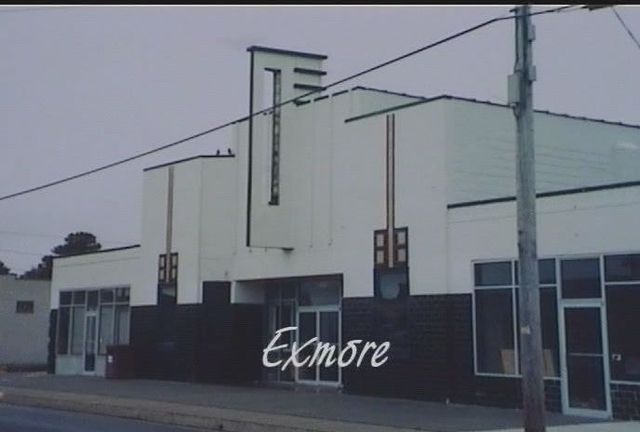 The Cameo Theatre was opened in 1938 with Katherine Hepburn in “Stage Door”. My grandfather, Pete Gladstone, ran this theatre in Exmore, VA. It was closed in the late-1950’s by the time I was old enough to pay attention. I have been inside the building since, once in an incarnation as a restaurant, and recently as a factory of sorts making handcrafted tile.

Pete was a great theatre man, later going on to manage the Neighborhood chain of theatres in Richmond, VA. Even though the details I currently know about the Cameo are skimpy, I hoped to see it listed here as a tribute to this wonderful man.

This web page has three stories about small towns in Virginia, the last of them being Exmore. It says that the Cameo Theatre opened in 1938 with the Katherine Hepburn-Ginger Rogers film Stage Door. The house closed in the late 1950s.

The building is now occupied by a company called New Ravenna Mosaics, which bills itself as a designer of handcrafted mosaics in glass and stone. The ultimate goal is to restore the Cameo for use as the company’s main showroom.