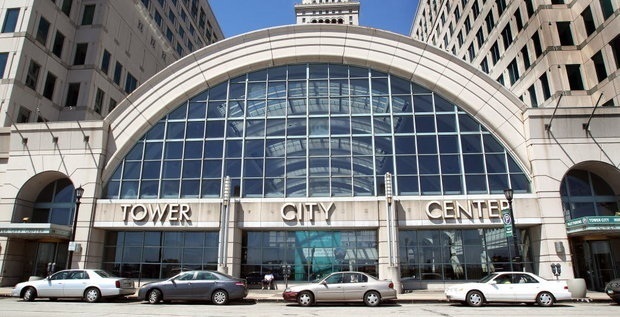 There is a possibility that a few of Tower City Cinemas' screens may be closed to make way for the new Medical Mart/convention center complex. One proposal, which was reported in today’s Plain Dealer (3/19/08) would close a few of Tower City Cinemas' screens (most likely the four screens on the far end) to make way for a walkway between the former Higbee department store (which would house the Medical Mart’s showrooms) to a new convention center to be built alongside the Tower City Center complex. This proposal would leave Tower City Cinemas with 7 screens instead of the current 11…still enough screens for the annual Cleveland International Film Festival, but would mean no mainstream films showing while the festival is going on. The Medical Mart/convention center would help both Tower City Center and the cinemas, even at the expense of losing 4 screens.