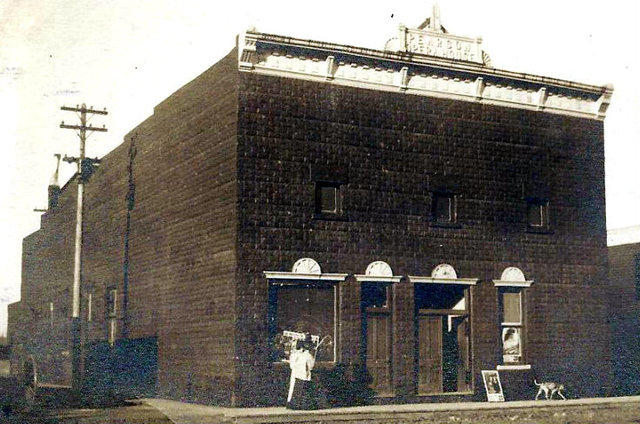 Opened in 1906 for John Pearson, the Pearson Opera House was for years the center of entertainment for Belle Fourche. Located on State Street, this theatre had a 45 by 40 foot stage, seven dressing rooms, a balcony and electric lighting, and was considered quite modern when it first opened. Besides plays, the Pearson Opera House hosted concerts, minstrel shows, lectures, and community events.

Though movies were shown at the Opera House on ocassion as soon as a couple years after it opened, the Pearson Opera House didn’t become a full-fledged movie theatre until 1915, when it was remodeled and renamed the Iris Theatre, which continued to be owned by the Pearson family until the late-1920’s, when it was sold to new owners, and the old building was torn down.

A new theatre was built on the site in 1930 called the Belle Theatre, which operated for decades. It still stands today, but has been converted over to retail use.