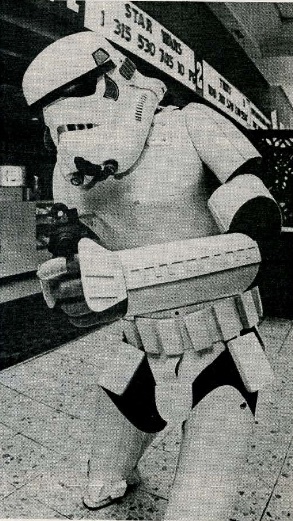 LM: I think that you have enough information to ‘book it Danno’!

PS – I have a 1991 NJ newspaper that can provide the theater chain information. My guess is GC or AMC.

General Cinemas. This one was a GC. I think when the lease expired it was aquired by Cinemagic, who opperated discount houses in the area. It closed sometime I think before or around 2000. I’m not from the area so I don’t know when GC stopped operating it, but it was diffinatly before the days of the AMC take over.

Applebees did not replace the movie theatre, it is across the hall. Applebees replaced Burger King and Optical World. The new Burger King is around the corner by Sears and Friendly’s.

It was a General Cinema theatre which closed in the summer of 1997, then it reopened in the winter of 1998 as a Cinemagic Discount theatre, which closed again in September of 2002. It has been closed since.

I have not been there since November of 2002, does anyone know what replaced the movie theatre or does it still have the barricade covering up the front?

Nothing has occupied the space as of late 2006. The doors by the new Burger King and Friendly’s are there, but the lights in the hall are off, so you can’t really see in. The side by the Applebee’s is covered up by a wall.

Saw several movies here while ‘down the shore’ as a youth, most memorably Red Dawn, Indiana Jones and the Temple of Doom and A View to a Kill. Also saw some bad ones like European Vacation and The Man With One Red Shoe. Three theaters were side to side and I don’t recall any differences between them.

Benihanna now open. Theatre used to have an upstairs restroom. Don’t know what happened to that space. May have removed second floor when it was gutted.

The Ocean County Mall launched on July 28, 1976 and General Cinema was there as an original tenant launching with “Logan’s Run,” “The Man Who Fell to Earth” and “Lifeguard.” GCC closed there on July 17, 1997 as more modern megaplexes were in favor.

Cinemagic took on the cinemas rebranding as Cinemagic at Ocean Mall on January 2, 1998 running a sub-run, discount operation. On July 17, 1998, the theater’s name became Cinemagic Discount Theater at Ocean County Mall. Cinemagic vanished on October 24, 2002. The theatre remained vacant for the remainder of its 30-year leasing cycle. It was then converted for other retail purposes.