Long Center for the Performing Arts

The Long Center For the Performing Arts (Official) 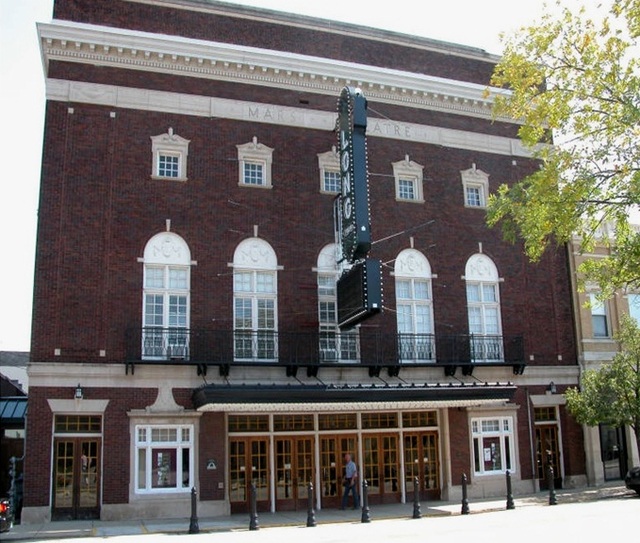 The Mars Theatre was built for the Luna Amusement Company and was designed by the Lafayette architectural firm of Nicol, Scholer & Hoffman. It was built by local contractor A. E. Kemmer and opened on the evening of April 19, 1921. The Ed. Wynn Musical Carnival performed the opening show, followed by the newly-formed Mars Orchestra. The theatre was used primarily for vaudeville, while the Luna Amusement Company’s other theatres (the Luna and Family Theatres ) showed moving pictures and vaudeville. In January, 1929, the Mars showed Lafayette’s first “talking” motion picture, a film called “On Trial”.

The Mars operated as a movie theater until 1977, when it was given to the city by the Dennis Long family. At that time it was renamed the Long Center for the Performing Arts. It became the home of the Lafayette Symphony Orchestra, the Long Center Theatre Organ Society, and the Lafayette Ballet Company. The original Seeburg-Smith Unified organ was replaced by a more elaborate “Mighty Wurlitzer” organ. Despite heavy use by these and other prominent local groups, the Long Center continued to deteriorate.

In 1999, the building underwent a thorough restoration which brought the auditorium and other public spaces back to their 1921 appearance. This work was done by the renowned Conrad Schmidt Studios. An unsympathetic 1940s Art Deco marquee had replaced the original marquee and sign. These were replicated during the restoration, with the sign modified to read “Long” instead of “Mars” as the original did.

The Long Center is a critical facility which provides an appropriate environment for the performing arts. It is well worth visiting to see a show in such beautiful surroundings.

The seating capacity of the Mars Theatre was 1,472, as listed in the 1941 edition of Film Daily Yearbook.

Dear folks, it is wonderful to see that this grand old theatre is still standing, restored, and in use for its intended purpose with the performing arts! Wonderful!

According to “The Encyclopedia of the American Theatre Organ” by Mr. Dave Junchen, pg. 629, the “Mars Th.” in Lafayatte, Indiana, originally had a Seeburg-Smith theatre pipe organ installed in 1920. This organ had Kinetic blower serial #I518, which was 2 horsepower and produced 10" of static wind pressure. The size (# of manuals and # of ranks) of the organ is not given in Mr. Junchen’s book, meaning it was not known at the time of publication.

Does anybody know what happened to this organ, and where it, or its parts, is/are today? Thanks!

It would appear from the wording of Mr. Ross' synopsis/history/article above that the Seeburg-Smith organ was replaced by a Wurlitzer in the 1970s/1980s as part of the building’s transition into the “Long Center for the Performing Arts”.

However, the TheatreOrgans.com list of original theatre organ installations shows that a Wurlitzer model 235SP (the standard model 235 was a 3 manual, 11 rank organ), Opus 893, was shipped from the Wurlitzer factory on August 30, 1924, and installed in the “Mars Theatre” in Lafayette, Indiana.

Are there any Indiana members of the American Theatre Organ Society who can chime in here with more info about this theatre and the two (+?) organs that were/are installed here? Thanks!

Greetings! I’m a member of Long Center Theatre Organ Society, a 501©3 which owns and maintains the Mighty Wurlitzer of Long Center. I recently researched Journal & Courier coverage of organs at the venue, and can fill in some info for Andrew.

1, Seeburg-Smith: installed in April 1921. No info about why the instrument was replaced or its disposition, but it was being torn out as the new Wurlitzer was installed.

2, Wurlitzer Opus 893, installed September 1924. In 1928 Fourth Avenue Amusement of Louisville bought out Luna Amusement and changed the Mars to a 100% Talkies house; announced that some units from Opus 893 would be installed at the Luna, which also sported a Wurlitzer. (I can’t confirm whether this part-out scheme actually happened or not.) In 1960 Al Mason, a former president of ATOS, purchased Opus 893 and installed it in his home. It was later sold to the Palace Theatre, Marion, OH, and is still there.

3: In the mid-1970s Fourth Avenue Amusement gifted the Mars to the City of Lafayette. In the course of rehabbing and restoring, a group advocated for bringing back an organ. The market was hot and complete instruments hard to acquire, so a composite instrument was pieced together and began playing in 1983. It had problems, though, so a search began for a more suitable instrument. We have no idea of #3’s whereabouts now.

4: Wurlitzer Opus 1824, 3 manual 260SP, originally from the United Artists Theater, Detroit, and by way of a pizza parlor in Michigan. Concerts commenced in the 1992-93 season. The instrument has been augmented to 21 ranks; it sounds glorious, a very good match for the auditorium’s acoustics. Current specs, photos and an audio sample are at lctos.org.

About the venue itself: it’s listed in the National Register of Historic Places – https://npgallery.nps.gov/NRHP/AssetDetail?assetID=c30ae7ce-f28b-4dfe-aa71-b1e247b99ee9.