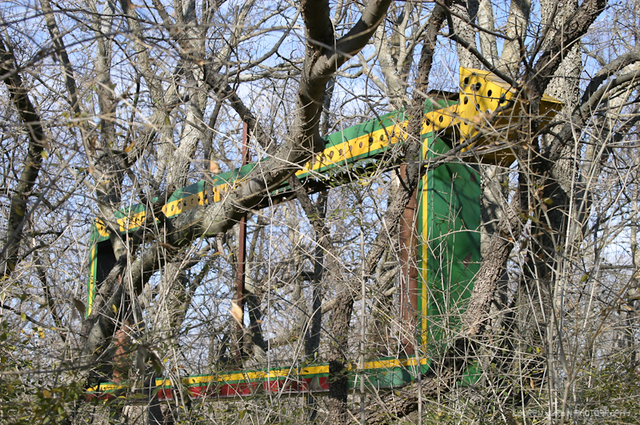 The Northeastern Drive-In was opened August 6, 1950 with Coleen Gray in “Father is a Bachelor” and “The Palomino”. It was operated by R. Lewis Barton. Later renamed Route 66 Drive-In and finally Cinema 66 Drive-In. It had a capacity for 600 cars. It was closed on May 31, 1968.

Originally named Route 66 Drive-In, the Cinema 66 was located on N. Eastern, just off Rt. 66. Engineered in smooth line Modern styling, this was a good place in which to watch a double feature. Atop a s grassy hill sat an oversized screentower. Metal saucers were supplied so children could slide down the gentle slope. There were no automated rides, but childred loved the swingsets, slides, manual mery-go-round, and see-saws. All playground equipment was painted green in order to blend nicely with evergreen landscaping.

Wonder in the late fifties if it under went a name change.Have a N.Eastern Drive-in parking 600 cars in that city?

Location originally listed as 5801 N. Eastern (Aerial photos from 1970 show the entrance to have been off of Grand Blvd.)

Opening Billing: Father is a Bachelor with Coleen Gray, and The Palomino

Closing date: Did not reopen for the 68 season. Built by: Leo Thomas and sold to R.L. Barton about 1964.

The remnants of this theater may still be seen (at least the ticket box office) from Grand Blvd. between Eastern and 63rd. Aerial photos show the entrance to be in the 5800 block and the area is very overgrown with lots of poison ivy. The theater was located in a unique section of town which was not very fashionable. The city has evolved except for a small area around where the drive-in was located. Some of the peripheral lot lights are still present in the densely packed wooded area. They hang as if they eternally doomed to guard the long since dead drive in.

As you know, the Cinema 66, which is included in the operating agreement with Gulf States theaters, has been virtually abandoned and its condition has deteriorated terribly.

We have been approached recently by an operator of adult motion pictures and have received an offer to lease this particular providing it can be released from the operating agreement with Gulf States Theaters.

Approx. address for this drive-in was 6066 NE Grand Blvd.

This opened on August 6th, 1950. Grand opening ad in the photo section.