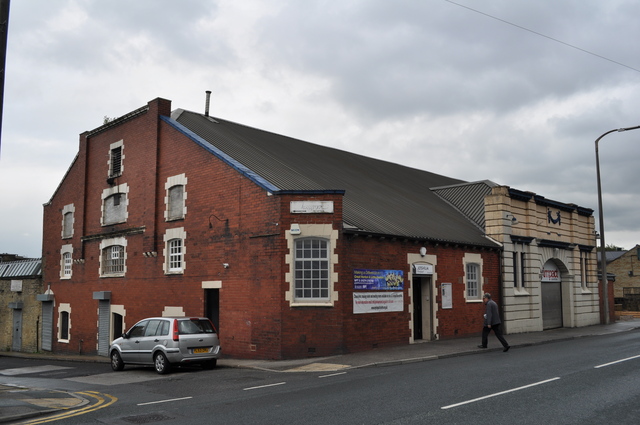 The door that is partly hidden by the car opened onto steep metal stairs up to the projection suite which is located behind the three boarded windows. Notice the door doesn’t have the architectural finish of all other windows and doors in the building. The reason is very odd. That door was created in the early 1950s. Prior to that, the projection room stairs went down into the auditorium, meeting the cross-aisle that is served by the exit towards which the man is walking.

Beyond the car, the central shuttered door opened on to stairs down into a boiler/store room under the rear stalls.

The far shuttered door was a rear exit that started as a downward slope from the rear cross-aisle and ended in some very steep steps down to the pavement.

A 1947 aerial view (elsewhere) captures the full shape of the white faience entrance feature and of the cappings to the two vertical features in the back wall (all decapitated in the era of bingo/decline).