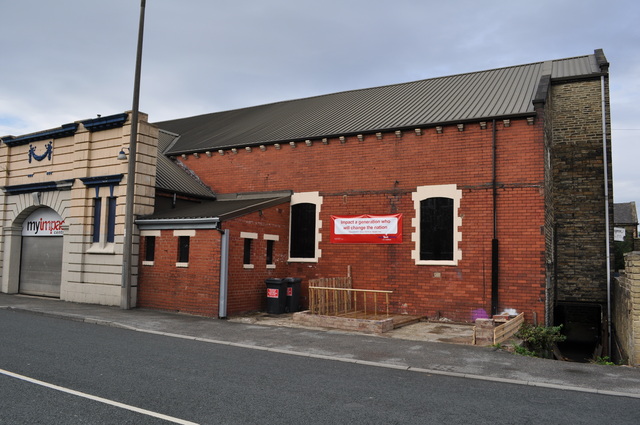 The horizontal line on the wall at the top of the windows is where the roof of the lean-to (the gents) was continued to create a covered space. The windows had shutters on the outside and curtains on the inside. Beneath each window there is an air brick: as kids we’d put our ears to them and listen to the films!

To the right, a ramp leads down and passes under the rear of the small stage. The front exits at either side of the proscenium led to this passage way. There were metal gates at the pavement; and metal railings at the left.