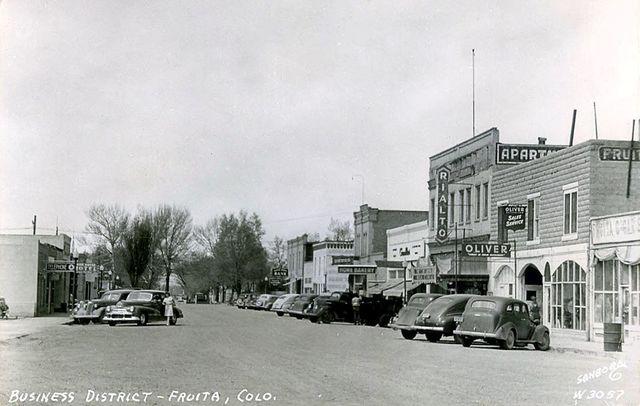 “Next is the Rialto Theater, operated by one or the other of two husband and wife teams, Fred and Carrie Fraser or Bob and Melba Walker, depending on whether this photo was taken closer to 1946 or 1949. Shortly after the Walkers purchased it from the Frasers, they renamed it the Uintah, and it appears under that name in the 1949 directory, giving us the latest year this photo could have been taken. The wooden cornice above the second-story windows had very recently been removed because it was threatening to fall off. Its remains can still be seen in the photo. The cornice had long sagged a little, even when the building, built for the Majestic Theatre in 1910, was still relatively new.”