Auditorium after alterations for CinemaScope exhibition. 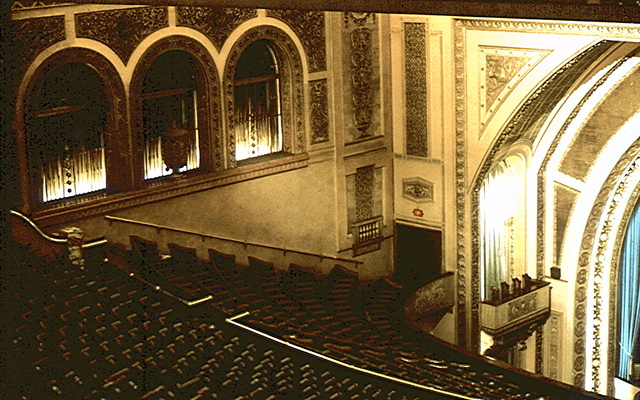 When CinemaScope was introduced, the Regents in Sydney and Melbourne had a new wide screen erected over the organ and orchestra lifts, hiding the original prosceniums. Melbourne’s was soon removed and the screen placed back on stage, but that in Sydney remained until the closure of the theatre. The Australian founded Hoyts Theatres was by this time a wholly owned subsidiary of Twentieth Century-Fox.