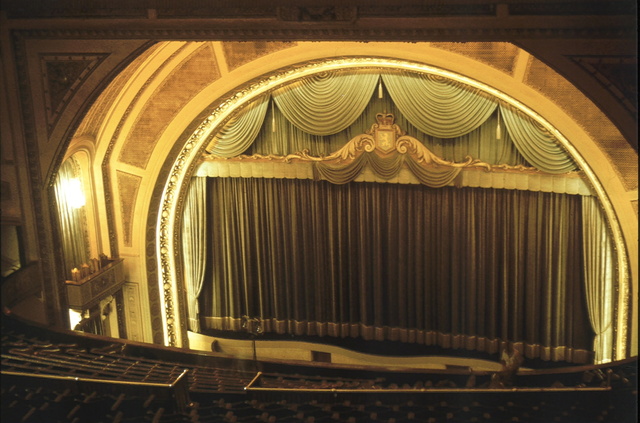 The screen, moved to the first of the original arches framing the stage, had a pleasing pseudo-proscenium to hide the curtain tracking. The resident organist was still heard by the patrons, but had to listen to himself on earphones as he played hidden under the new screen area. A similar huge CinemaScope screen lasted for a few months in Melbourne until it was moved back onto the stage, the full proscenium was again revealed, and the stage facilites restored to use.