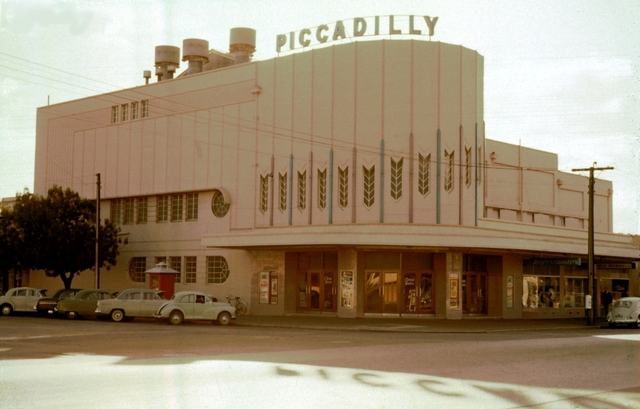 The PICCADILLY was the second last theatre built for Dan Clifford’s Star Theatre circuit, the last being the New Star at Goodwood, now the CAPRI, which was originally also to have had a London related name – the SAVOY. They were both of very high standards as suburban cinemas, and like WESTS relied on the decorative effect of changing colours from hidden neon tubing. This, for me is what defines the Art Moderne style of architecture as against the Art Deco from which it is derived. Though now with three cinemas in the former single auditorium, this theatre still makes a bold and decorative feature in one of Adelaide’s most popular shopping and restaurant streets.