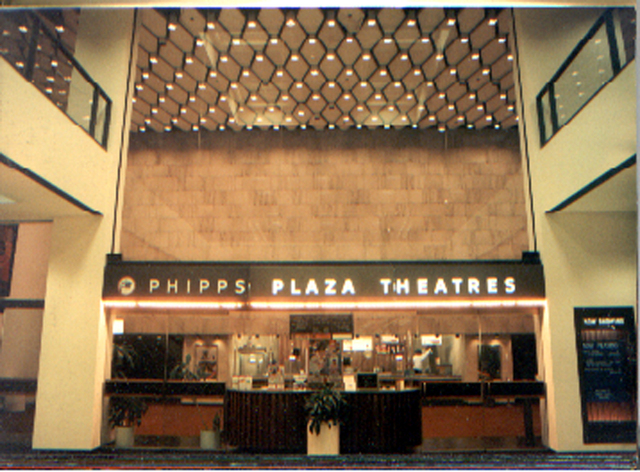 Main entrance to the downstairs Phipps Plaza Theatre which opened in 1969 and closed in 1990. The box office was originally located to the left of that column on the left but was moved to the center when the nice 860 seat auditorium was split in 1975. The best looking of the 1965-1980 era theaters built in Atlanta and until it was twinned, the very best place to see a movie due to its ultravision projection system.