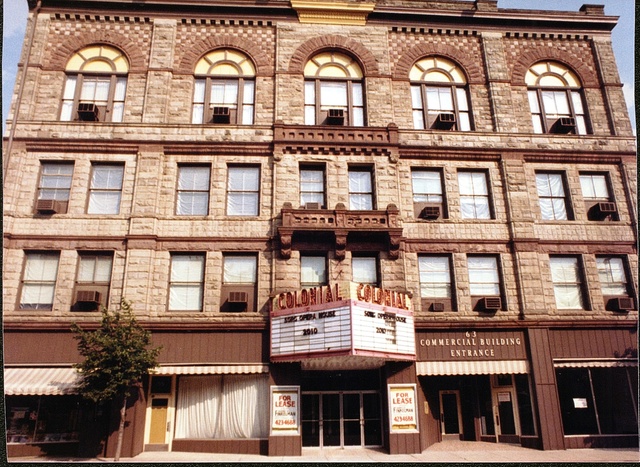 This photo shows the beautiful Romanesque style of the 1891 building called the Colonial theater at the time.

The Sorg Opera House had both gas and electric lighting when it opened in 1891. The stage was always lit with electric lights and used brine dimmers of which I had 3 at one time. There was a large gas-light chandelier hanging in the center of the auditorium. Gas-lights were also at the box seats and around the outside edge of both balconies. The remaining auditorium lights and side-lights were electric.