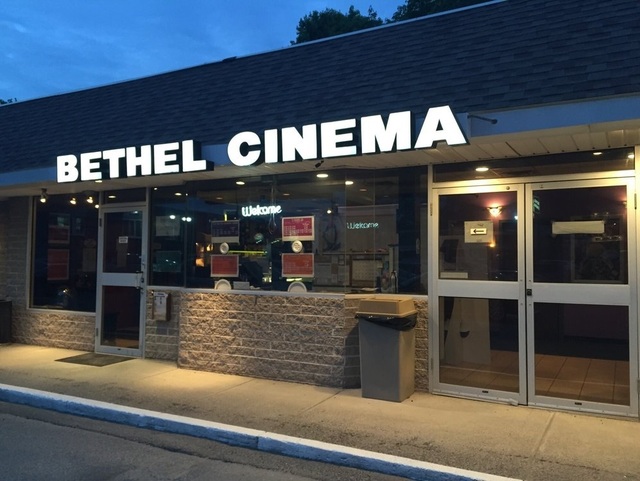 Great, cozy art-house cinema, featuring a diverse and well-stocked refreshment stand including real butter for the popcorn. Bethel Cinema is not a “classic” theater, architecture-wise, but it does deliver a sense of what fun it used to be to go to the movies.

Management publishes a periodic newsletter, outlining the various films being shown. One of the auditoriums is of a decent size, the others are about half that size. This little place beats the megaplexes, hands down!

Closed permanently on March 16, 2020. In December 2021 it was announced it would reopen as the Greenwood Features in 2022, screening new releases, classic movies and independent movies.

My friend just told me the new owners raised prices and not by a little. Everyone has been complaining for the last week and she urges them to complain with the suggestion box, and the owners are never there, so they workers have to endure the brunt of it.

Adult admission will remain at 9.50, but they raised senior citizens to 7.50! and students as well and matinees – student discounts are only during the week and not weekends. no more ladies nights and no more $6 all day monday.

The owner is the Prez of Focus Features and I chatted with him at length as have others and he says there are no independent films anywhere, which is what Bethel Cinema patrons want and love. He’s the Prez! No indies, my butt. He was just at Cannes.

Former Bethel Cinema owner Paul Schuyler, now manager of Bank Street Theatre in New Milford was on the front page of the News-Times yesterday holding some film and digital film. They are the first theater in the area to make the move to digital projection, not even the big area multiplex is doing this yet.

Tomorrow night they are showing Disney’s 3-D movie, “Bolt”. This week they are opening one new digital screening room for about $100,000. Soon the other 2 rooms will change. He touted that a digital film’s 1000th viewing is as crisp as the first showing but that film offers a “certain warmth and flicker”.

Yesterday and today at 7pm, before “Bolt” opens, they will show off their new digital screen at $5 showings of 3-D film, “Fly me to the Moon.”

Gee…“a digital film’s 1000th viewing is as crisp as the first showing but…film offers a ‘certain warmth and flicker’…” sounds amazingly like what they were saying when music CDs came out about 25-30 years ago; now vinyl is making a comeback and people have long complained about a lack of “warmth” in digital recordings. The more things change…

my friend is their Projection Manager. She just posted a FB pic of their all new digital units. They step into the next century.

We can only be hopeful that some buyer who wants to run a quality movie theater will come along before it’s too late.

Thank you, Bethel Cinema, for a wonderful run.

I’m scared for the future of movie theaters…

Please update, the theater is closed and it has been for at least a week.

Reopening as Greenwood Features in 2022.